Consultant Plastic Surgeon Dalvi Humzah of Plastic & Dermatological Surgery (PDS) and Lead Tutor and Director of Dalvi Humzah Aesthetic Training has been named as a winner of ‘The Aesthetics Journal Award for Outstanding Achievement. This is the 7th Award win for Mr Humzah who has previously been named as Aesthetic Practitioner of the Year.

This award recognises the outstanding achievements and significant contribution to the profession and industry by an individual with a distinguished career in aesthetics. The winner for The Aesthetics Awards for Outstanding Achievement in Medical Aesthetics is selected by the Aesthetics team.

Organised by the Aesthetics journal the Aesthetic Awards is one of the premier awards event for the aesthetics industry, recognising excellence and the outstanding achievements of practitioners, surgeons and suppliers.

Mr Humzah said: “This year has been busy with our teaching programmes and running clinics to catch up with all the issues we have had recently. I was also delighted to be able to complete an Examination Programme for Aesthetic Practitioners to sit when becoming a member of the British College of Aesthetic. I feel honoured and humbled in being named as one of the select few to receive this Award. The awards are a way of highlight colleagues who are all doing a fantastic job in maintaining high standards and excellence in the specialty.”

The winners were announced recently at the Aesthetics Awards at The Royal Lancaster Hotel, London on 12th March 2022. 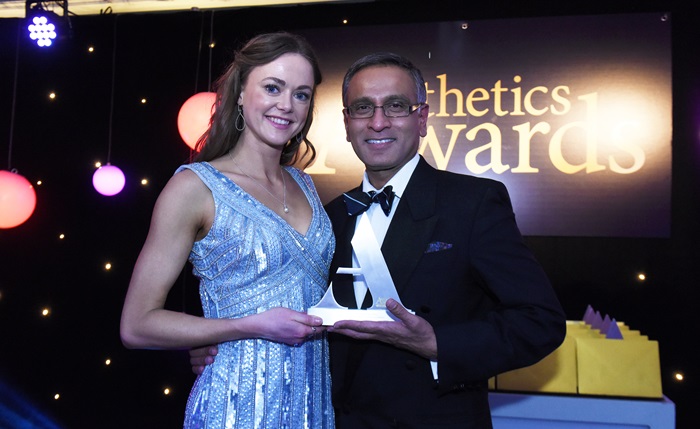